The Torchwood team were very fractious in the first season – has that changed ?
“It feels much more of a unit now. Yes, it was quite volatile, there was a lot of friction between the characters, a lot of the threat of mutiny from everyone, really. Definitely this season everyone's writing on the same page, they're all together. Their experiences in the first series brought them together as well, I think. They very much trust each other now and very much fight for each other.”

To start with, Ianto was very much the support guy. Is the role developing beyond that ?
“Yeah, absolutely. He's on missions a lot more, he's driving the SUV a lot more, he's doing a bit more fighting... He's given a lot of responsibilities that he didn't get in the first series, and it’s all part of that team getting closer together, growing into each other, getting tighter knit. Everyone's aware of each other’s duties, and if one person can’t do it then the next person steps in - and Ianto does on many occasions step in to do somebody else's job. And he has very much found his own role as a sort of researcher, logistics and someone who can just break things down to their simple form rather than going the long way round it.”

Are you getting much of that lighter material ?
“Yeah. I mean obviously, since the Cybergirl episode, Ianto was recovering and he spent a lot of the first series being in grief, and just towards the end it just started to relax a bit more. But now we've rejoined Torchwood and they've had to struggle on without Jack for a while before Jack returns, they're so close and together and they really rely on each other and care for each other. But he's just more relaxed.”

Is there a Ianto-centred episode ?
“Not in the way that ‘Cyberwoman’ was last year, where suddenly you had a line here and there and then - bang! - it was the focus of the episode, but he has been in it more from the beginning to the end, more of the team, and there are episodes where it’s Ianto’s investigation.”

What’s been the most fun part of the experience this year ?
“Driving the SUV a lot this year, that's great fun. I can’t really choose - there's loads of things. There's a lovely scene I did with John in the first episode that was slightly different from any of the things we've had in Torchwood before - we’re having a conversation and we’re having a different conversation underneath, it was a whole scene in subtext. Obviously there's subtext in everything, but the point of the scene was the fact that the whole scene was in subtext. That was quite nice, it felt quite different. And having fun in another sense as far as the craft goes, and how that's developing and becoming more intricate - and you can do that when the characters are more well-known. Lots of running round with guns, that's fun. Stalemates with James Marsters [in episode one]... that's fun, cos he's brilliant.”

Do you find your personal ticks and mannerisms turning up in the scripts now ?
“Yeah, absolutely ! And that's really nice. It’s really quite flattering when you do something and the producers or writers like it and build on it in a later episode. And I think the success in America and the ratings there, and the fact that we've had so many high profile guest stars this series speaks for itself as well. I’m really chuffed. Whatever happens next year, if through some twist of fate we don't get a third series then I've had a hell of a time this year and it’s been really good !” 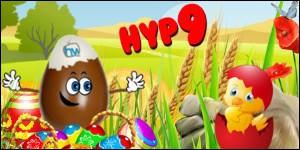